Today we had Mr. Babu Mohan as our esteem guest @FTIH. It’s really an honor to share the FTIH space with him. Mr.Babu Mohan debuted in the film Ee Prasnaku Baduledi, followed by Ahuthi, Ankusham and then a comedy character in Mamagaru. All these films brought him a great reputation as a comedian. There was a time when characters were written exclusively for Babu Mohan garu and Kota Srinivasa Rao garu. The pair played in Mayalodu, Rajendrudu Gajendrudu and other films, the majority of these films were directed by S. V. Krishna Reddy. Mr. Babu Mohan had a great screen presence in the films encompassing Hello Brother, Varasudu, Allari Alludu, Pedarayudu, Paradesi, Appula Appa Rao, Jamba Lakidi Pamba, etc., Mohan Babu garu has been acting in films for the span of 3 decades and people can’t get enough of him.

In the FTIH Acting Workshop, he  has discussed the significance of acting and  comic timing, among other things. However we would like to see more of your presence @ FTIH and thank you everyone for being present at the workshop. 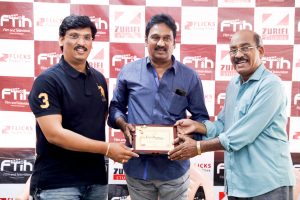 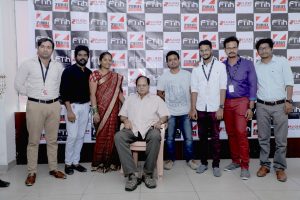 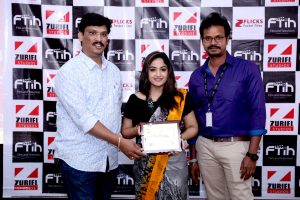