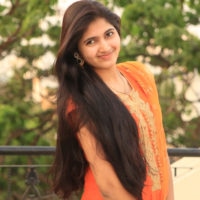 Acting  is “Art of living truthfully under imaginary situations” Whereas Actor is an Athlete of emotional abundance in the fictional world, whose role is to generate the similar emotions in the Audience.

The truth witnessed by the audience on the stage was different from that of real life, but that’s a ‘scenic truth’, which is possible to achieve on stage. A performance of an actor must be palpable and honest for the audience to indulge. According to Stanislavsky belief, an actor is influenced either by an emotion or mind for action stimulation.

By considering all these, we‘ve developed our own hands on approach, which is easy for students to apply, while performing in front of the camera. If an actor experiences only internal feelings or only physical actions, then the performance is dead. The reason behind this goes back to the union of both psychological and physical dimensions. We’ve developed our own BMV theory (Body, Mind and Voice theory) to coordinate all these three at the time of performance. We believe in analyzing deeply the characteristics of human behavior, which makes an actor, feel confident and to be “In the moment“

We design our course flexible for Kids, Students and employees according to their timings. In FTIH we train the actors according to the needs of the industry such as realistic acting and method acting. The emphasis at FTIH is on providing practical experience and hands on education to our students so that, not only do they develop their crafts as actors, but excel at acting in front of the camera and help them reach acme in their career as Actors.